Among decided voters, the BC Green Party is polling at 19% in British Columbia... that's almost double the 8.13% of votes the Greens took in the 2013 provincial election, and according to the latest Mainstreet research poll, "if the election were called today, the result would be a minority government."

The battleground ridings where the Greens have the greatest potential to gain serious ground are all located on Vancouver Island - where some pollsters have found overall Green support even higher than the NDP.  Here's a look at how things are playing out - and some thoughts on how environmentalists in politics can set their sights on a greener future. 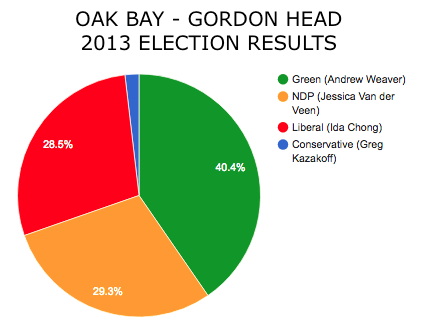 Climate scientist and Green Party leader Andrew Weaver in Oak Bay Gordon Head is the riding's safest bet; he left both the Liberals and NDP in the dust in 2013, beating both parties by about three thousand votes each.  As the province's first Green party MLA, Weaver has been called "one of B.C.’s hardest working politicians" with an impressive track record of introducing nineteen private members bills intoparliament - that's more than the BCNDP (18) or the BC Liberals (9).

TOO CLOSE TO CALL IN THESE RACES TO WATCH

Two other ridings on the island are proving to be tight three-way races.  In Cowichan Valley the Greens weren't quite as competitive in 2013, but the combination of regional polling trends and strong local candidate (Shawnigan lake activist Sonia Furstenau) is leading many to believe they have a shot at this race.

But Saanich North and the Islands is a nail biter... the same three major party candidates who ran in the 2013 election are facing off once again... and that election turned out to be an unbelievably tight three-way race. 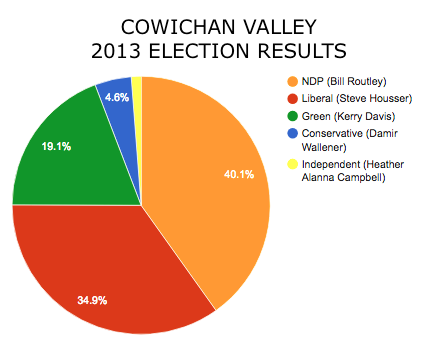 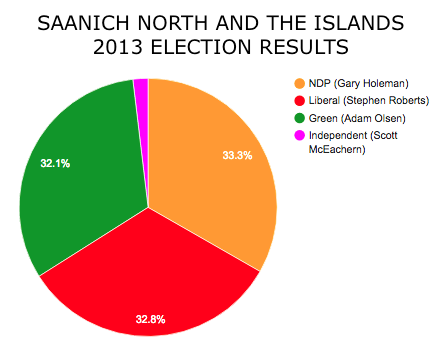 WINDS OF CHANGE IN WEST VANCOUVER?

While the Greens haven't picked up quite as much support here in the Lower Mainland, West Vancouver provides some interesting opportunities for Greens to gain ground.  The two ridings in this North Shore municipality have typically been safe Liberal strongholds, but with party support on the rise and excellent candidates in these ridings, the North Shore could be an up and coming battleground for Greens to stake out new turf.

Capilano University professor Dr. Michael Markwick is running in West Vancouver-Capilano, a riding which didn't run a Green candidate at all in 2013.  In addition to his work as a “life-Changing Professor” at the university, and community organizing activities on the North Shore, Dr. Markwick has worked for the Ontario Human Rights commission and has an impressive history addressing social issues in his work with students, non-profit organizations, businesses, and Aboriginal and non-Aboriginal governments.

Just next door in West Vancouver - Sea to Sky, Green candidate Dana Taylor is going up against Liberal incumbent Jordan Sturdy. Dana Taylor is a former two-term city councillor, who founded the the first and only Green Chamber of Commerce in Canada. He is currently serving as the Executive Vice President of the Mechanical Contractors Association of B.C.

Lower Mainlanders who are looking to fund or volunteer with some rising Greens in their region would do well to get behind these great Green candidates this April. 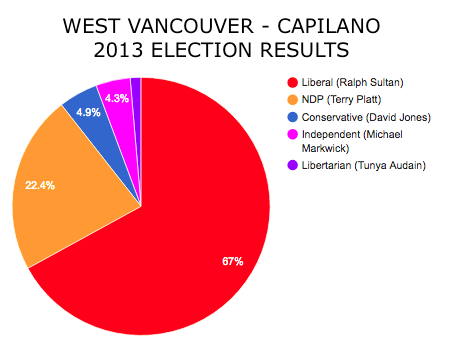 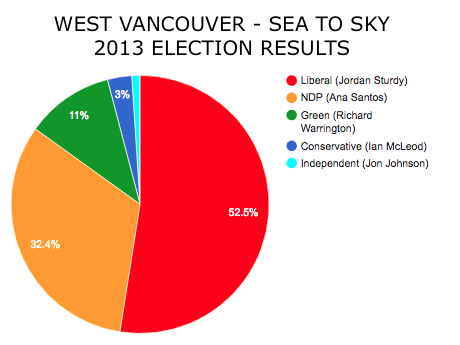 At Force of Nature, we don't believe that the world's problems can be solved by any one political party, but we do perceive the value in stronger democratic institutions, engaged constituencies who can hold their leaders accountable, and great candidates of all political stripes who will champion environmental justice across party lines.  Our vision is for folks across the environmental community to collaborate to elect more like-minded representatives who will fight for energy transition and climate justice at the federal, provincial, and municipal level.

From that perspective, we think the prospect of great Green candidates picking up more seats in this election is pretty exciting.  The presence of the party already plays a role in bringing environmental issues to the legislature and the prospect of a minority government with Greens holding the governing parties' feet to the fire on environmental issues that matter the most?  That sounds almost too good to be true!

But the bigger picture continues to be problematic.  For starters, there's the maddening fact that 8 percent of the vote only got the Green Party 1.2% of the seats under our first past the post system, and only another 2.3% of seats are seriously considered to be up for grabs this time round.  Moreover, both of the ridings where the Greens have the biggest chance of picking up seats are tight three way races in which a divided left has given the BC Liberal party a competitive edge.

Is there any way to get around these political catch-22s?  The long game is about advocating for electoral reform and proportional representation in BC.  Under that system, Greens would finally get the number of seats that they - and their supporters - actually deserve.

Both Greens and NDP have committed to implementing electoral reform, so if we do wind up getting that minority government - the next election cycle may just be our chance to go for gold.  Though we may have to hold their feet to the fire... as we learned from our federal politicians just a few months back, its a nasty habit of candidates to promise electoral reform, only to go back on their word once elected.

In the mean time, would a little cooperation from our left-leaning parties really be too much to ask?