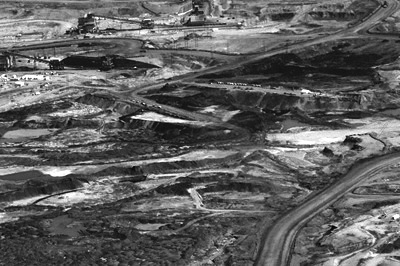 The Enbridge and Kinder Morgan corporations have decided to expand their unconventional fuel infrastructure to carry toxic tar sands bitumen to the beautiful British Columbia coast. Their proposed pipelines would cut across BC, threatening our coast and wild rivers as well as our climate, and would bring negligible economic benefits to everyday Canadians.

It is no wonder that a majority of British Columbians are opposed to both pipelines. Unfortunately, this not stopped the federal government from pushing ahead with giving permits, and even slashing regulatory processes at the bequest of industry lobbyists.

Many of the residents in the communities we work with are directly impacted by these pipeline proposals, and yet they have been shut out of any discussion about their impact on health, safety, and community well-being. Debates on projects with such wide-reaching impacts should be thorough, not censored or rushed. We need a process that takes into consideration all impacts, and weighs the benefits against the risks in the context of other alternatives.

We’re calling on the federal government and the leaders of all of Canada’s political parties to commit to stopping to these projects until a rigorous assessment process with meaningful consultation of all interested stakeholders is reinstated. If you want to stand with us by telling the leaders of the federal political parties they need to reject both the Kinder Morgan and Enbridge pipelines. add your name to this petition.

We can do better than Coal Mines, Tar Sands and Fracking.

All of us use oil and fossil fuels in our daily lives, but we also know that tar sands, coal mining and fracking are dangerous to our environment and health and ultimately that over dependence threatens our economy.
Furthermore, all of these projects will directly exacerbate what is easily the most significant challenge of our time. The climate change has the potential to affect every aspect of our lives on this planet, whether social, economic, or ecological. Despite this reality our collective response climate crisis has to date has not been nearly urgent enough.
Scientists tell us that in order to stabilize our climate we need to leave much of our remaining fossil fuel reserves in the ground and focus on developing alternatives. And yet the Canadian Government continues to focus our economy on extracting those very resources and invests our tax dollars in research and development of new more extreme ways to extract fossil fuels instead of investing in alternatives.

This is a huge step backward at a time when we can’t afford any more missteps. Our focus must be on catching up with the many countries like Germany, New Zealand and Denmark that have already pioneered their transition towards a vibrant fossil-free economies.
Here in British Columbia, we are strategically positioned at this precise moment in time both to block tar sands crude from reaching new markets in the Asian Pacific, and to pivot to responsible, renewable energy sources.

Together with other activists fighting projects like the Keystone XL and Energy East pipelines, our moment has finally come. Will you join with us today, and help lead Canada’s transition from one of the dirtiest forms of oil in the world to a world class energy economy that we can all be proud of?