The City of Richmond has passed a motion to declare a climate emergency, and will launch a series of public consultations on adopting ambitious new climate targets and accelerating actions to mitigate local emissions.

"In Richmond we are living in a climate emergency that requires direct action to have our City staff and citizens work to support climate strategies that make us consistent using policies and our day-to-day behaviours," said Councillor Michael Wolfe, who brought the original climate emergency motion forward in February.  "Richmond is in a position to educate and lead the world with better practices for all.  This declaration will enact a new era of strategies to address the climate emergency.”

Richmond City Council voted unanimously on the motion, all stressing the need for ambitious and decisive action.

Richmond is already a regional leader when it comes to mitigating climate change, having reduced its emissions by 12% between 2007 and 2015, which places it well ahead of Metro Vancouver as a whole in terms of GHG reduction.  City staff are recommending that Richmond adopts ambitious new climate targets in line with the Intergovernmental Panel on Climate Change, noting that “deep emissions reductions could not be achievable by city action alone; rather, these would require supportive utility, provincial and federal regulations, and funding, market innovation and increased carbon pricing.”

Richmond is going to face some of the biggest impacts of rising sea levels over the coming decades, and residents are really feeling the urgency of this moment in a deep and meaningful way. Stephanie Sy, a high school principal spoke passionately to the need for strong climate action:  "I think action on climate change needs to drastically accelerate, and this can be done through communication, mobilization of businesses and individuals, and hard targets that we all hold ourselves accountable to."

The City of Richmond is the fifth Lower Mainland municipality to pass similar motions since Force of Nature kicked off their campaign last fall. Following the City of Vancouver’s declaration of a climate emergency on January 16th, the District of North Vancouver’s decision to set new climate targets on January 21st, City of North Vancouver’s commitment February 25th, and the City of New West’s climate emergency declaration on March 11th, there is a real sense that cities are rising up to meet the climate challenge.

Force of Nature will be continuing to work with Mayors and Councils to encourage climate leadership in the region. 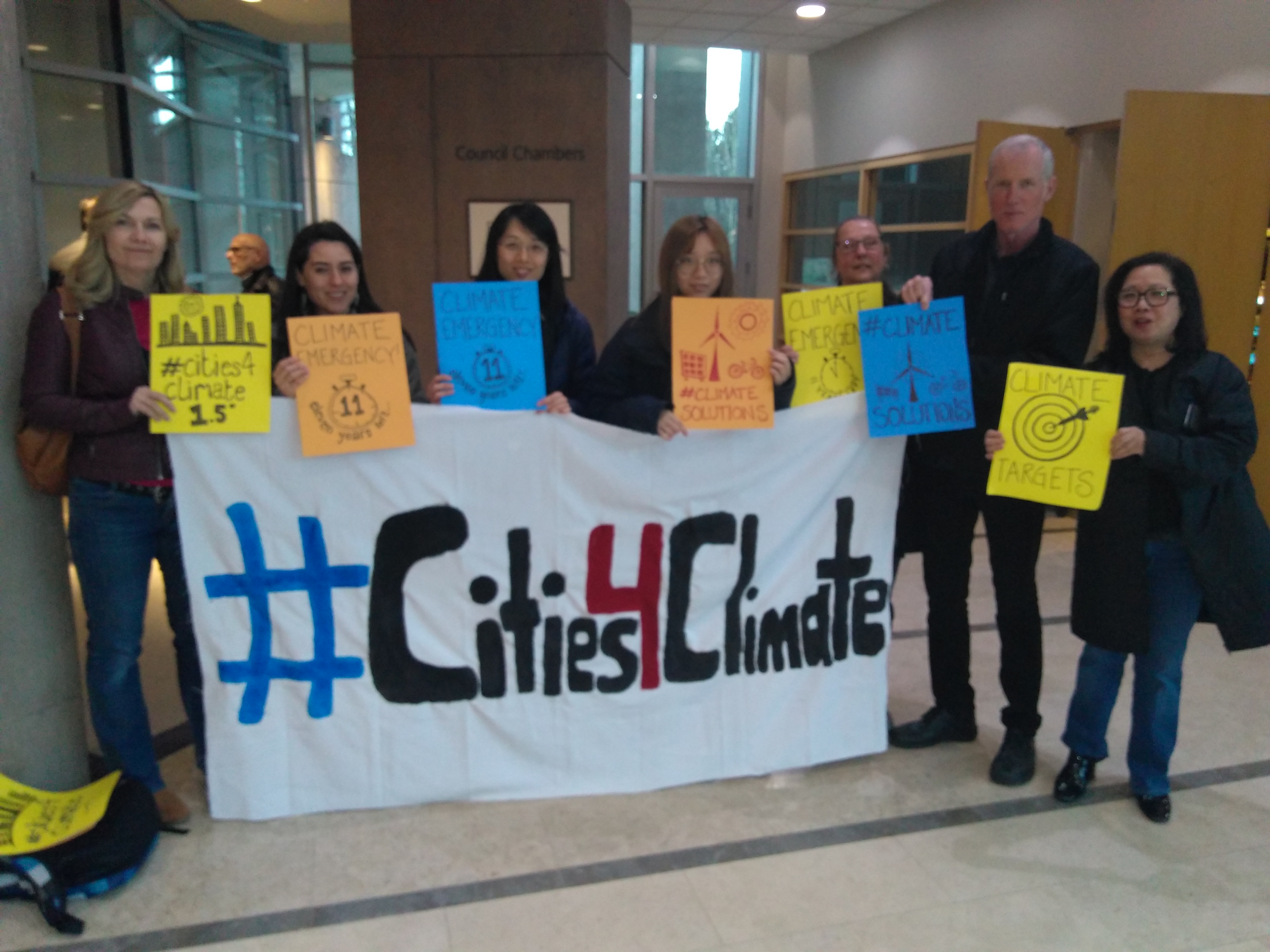