Last night the City of North Vancouver clocked a unanimous win for the climate by voting to go carbon neutral by the year 2050, following the District of North Vancouver's resolution to adopt the IPCC targets on January 21st. Three cities have now implemented these targets - and so far all three motions have gone completely unopposed by councillors across the political spectrum.  Looks like we're on a roll! 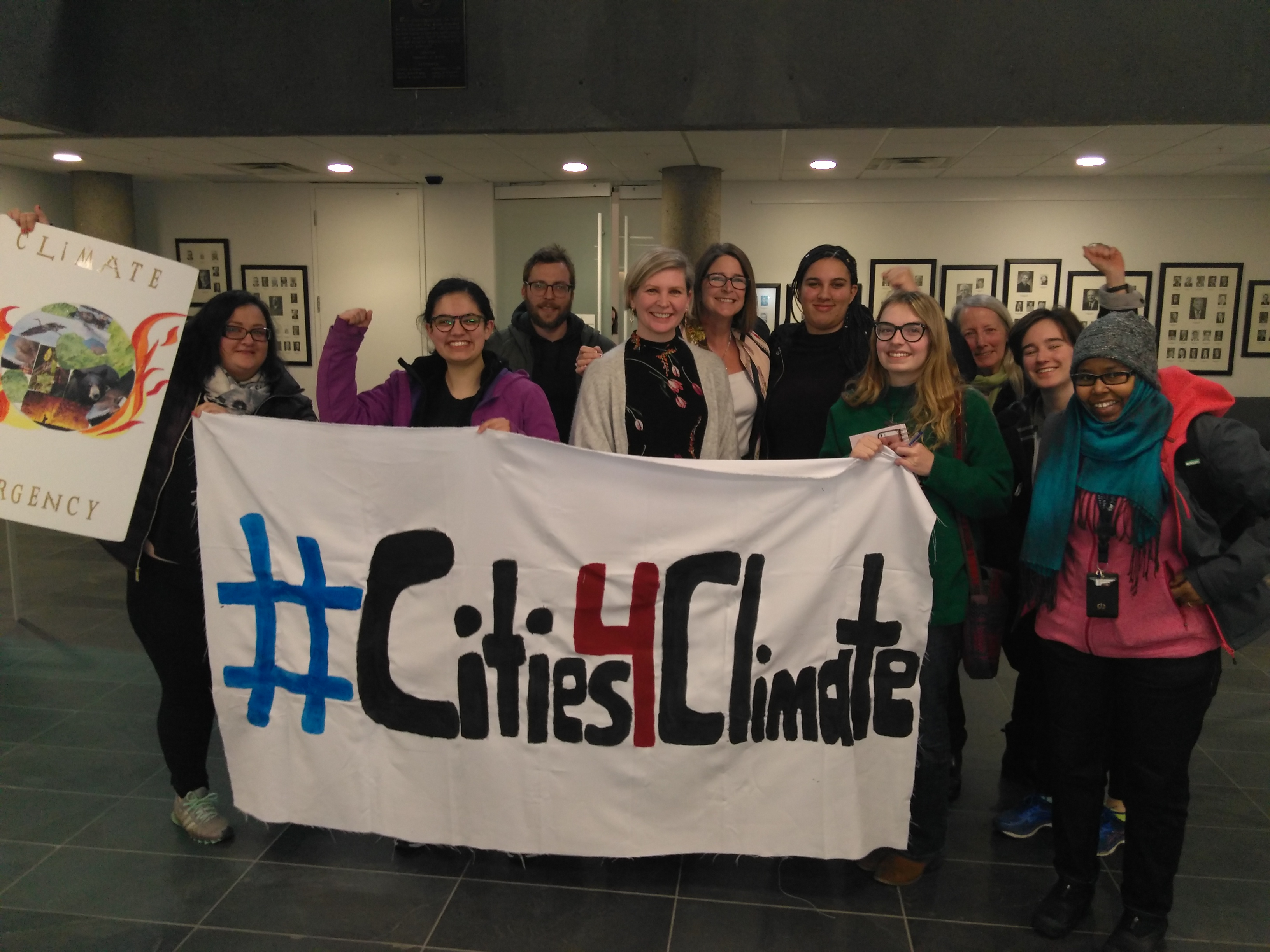 My favourite part about last night was watching our wonderful North Shore organizing team, who worked incredibly hard to get their campaign to this point, show up to support this motion.  Many of their members are young people who are deeply aware of the impact a warming world will have on their future.  Their stories, which touched upon a profound desire to defend the planet for future generations, had a palpable impact on everyone in the room, and seeing their eyes light up as the motion passed was truly priceless.

This is the incredible power of community organizing changing the world as we speak.  If you were following our work you know we've been building power for this moment for some time, but even we didn't expect things to fall into place so fast... and word on the street is that more municipalities might be getting ready to come on board next month.

The latest IPCC report says we have 11 years left to turn the climate crisis around, and with your support, we can keep the pressure on and bring even more and more municipalities on board in the coming months and years - not just in committing to climate action, but in actually taking the urgent and meaningful steps to reduce GHGs, promote the adoption of sustainable technology, and increase the visibility and accessibility of high-impact, locally relevant climate solutions.