This summer has been an intense time at Force of Nature, as our volunteer teams went all out mobilizing for the Kinder Morgan consultations that wrapped up last Tuesday with a packed house at the Victoria town hall.  The experience was a strange mix of intensity, hope and frustration, all set against the backdrop of cavernous hotel conference rooms and stifling late summer heat. We thought we'd share a few stories, photos and reflections from the last six weeks, before we turn our attention to the next steps in our Kinder Morgan campaign.

THE PROBLEM WITH THE PROCESS

The process for the ministerial consultations has been somewhat shrouded in mystery from day one.  On January 27th, - which was actually the one hundredth day following the election - Ministers Carr and McKenna made a statement about the new "interim principles" for the Kinder Morgan pipeline review, but no concrete details about the process were released and it was another four months before we heard from them again - when the appointment of the panel members was publicly announced.  Fast-forward again to June 30th when an outline of the consultation schedule appeared on a remote government website that listed cities and dates, but no times, details or meeting locations.  In fact the first meeting was scheduled to take place just a week away, but it was several more days before information on this meeting was published.

This was the first of a series of blunders in a process that was supposedly designed to restore public trust; these ranged from hosting "invitational roundtables" for First Nations and local government without actually inviting either First Nations and local government respectively, to skipping entire regions like the Tri-Cities and ignoring numerous requests to remedy this oversight, and a host of other accessibility barriers in between. 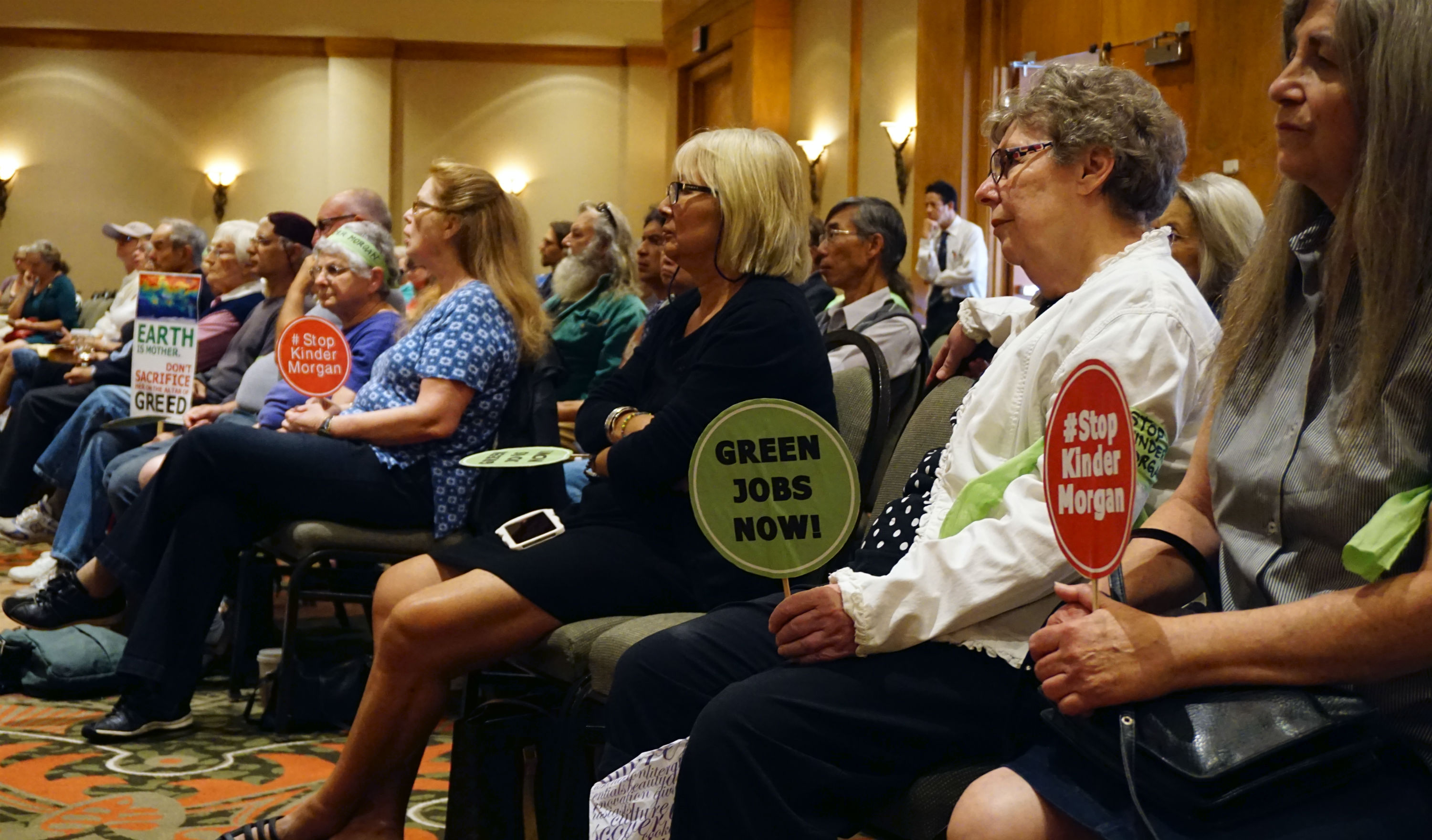 Perhaps even more significant, however, is that the panel has no formal decision making power, or formal guidelines as to how they must process the immense volumes of evidence submitted through these consultations.  They won't be reporting on the volume of participants who have opposed the project or be able to test the evidence contained in the dozens of scientific studies submitted to them throughout the course of the process.  Instead, the information they receive will be summarized in a report to Minister Carr that will highlight the major issues that have surfaced throughout the public meetings, which the cabinet can 'consider' whilst making their final decision.  This has lead to widespread criticism that the process is a "sham," that seems to have done more to hurt the public trust than to restore it, and has caused many citizens, groups and nations to steer clear of participating lest their presence be taken as an endorsement.

Despite the widespread frustration, the numbers of attendees were impressive for a series of unpromoted meetings in the dog-days of August: over 1700 citizens came out to participate across the province, 91% of whom were opposed to Kinder Morgan.  In fact, the actual tally of opponents was higher than those who spoke, because the final three town hall meetings were overflowing with people and went way over time, meaning that many speakers on the list did not have a chance to participate.  In Victoria and Vancouver citizens rallied for amazing actions outside the meetings, including a delivery of 144 thousand anti-KM petition signatures to the panel in Vancouver. 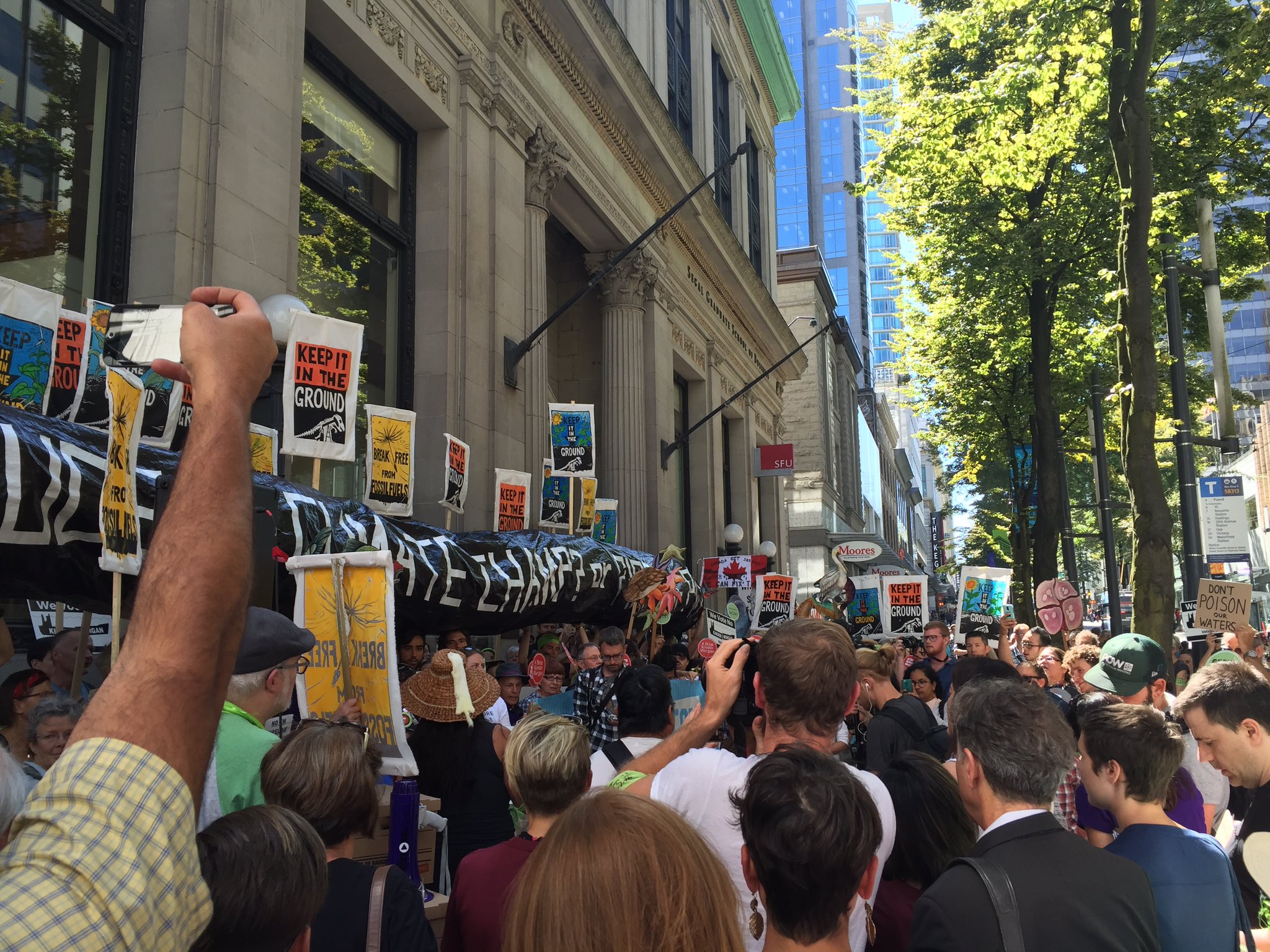 Opposition to the project revolved around 5 major themes:  the risk of a spill, inability to meet our climate targets, lack of First Nations consent, risky economics, and the inadequacy of the project itself.  Much of this public participation can be attributed to the incredible work of amazing community organizers who spent months phoning, canvassing and tabling to promote the hearings.  Force of Nature volunteers made ten thousand phone calls to raise awareness, promote, and turnout constituents for the meetings between January and August! 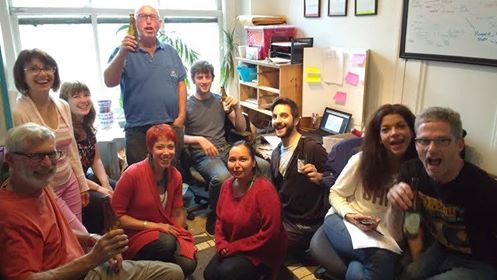 NEXT UP ON KINDER MORGAN

The meetings may be over, but the panel has until November 1st to write its report.  In the mean time, they are still accepting public comments via an online questionnaire or by e-mail at mailto:[email protected].  They may also be considering hosting more meetings in September; the entire Tri-Cities has been ommitted from the consultation so if you live in Port Moody, Coquitlam, or Port Coquitlam, please consider asking them to host a meeting in your community.

With less than five months to go until the cabinet decision, we're also turning our attention to our local MPs - especially Liberal ones. If you live in a Liberal riding, you have a special role to play in this process, so please make sure to call, write, and talk to your local representative at every opportunity.  And we all have another important moment to vocalize our opposition to the Liberal caucus coming up next week: on Wednesday, September 7th, Terry Beech is hosting an open forum on Kinder Morgan featuring members of the Pacific Liberal caucus at 6:30pm in the Diamond Family Auditorium at Simon Fraser University’s Burnaby Campus.  This is another crucial moment to stand up speak our truth together, so lets all plan to pack this meeting with community voices.

A huge thank all those who promoted, attended, and spoke at last month's consultations... and look forward to working with you this fall to keep the pressure up and let them know our community isn't going to grant our permission! 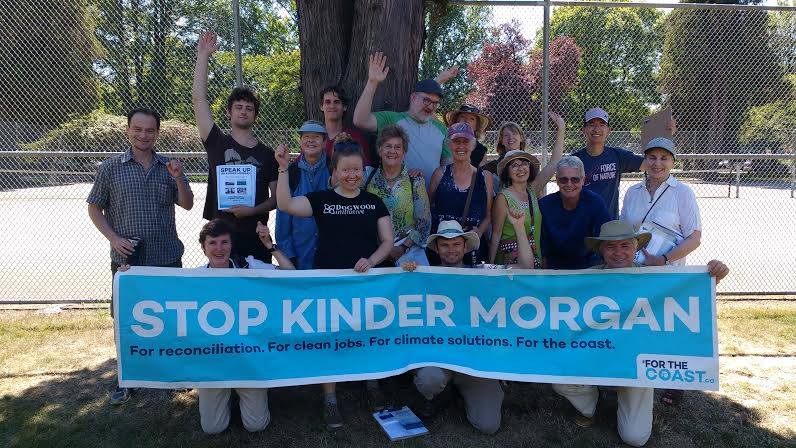