Coquitlam is falling behind on responding to the climate crisis. The Intergovernmental Panel on Climate Change (IPCC) demands that we reach net-zero emissions by 2050. So far, ten cities across the Lower Mainland, including neighbours Port Moody, Burnaby and New Westminster have taken steps to adopt the IPCC targets, or better. The City of Coquitlam is currently aiming to reduce community emissions by 15% below 2007 levels by 2031. We know that we need stronger targets in order to combat the climate crisis, and as one of the fastest developing cities in the Lower Mainland, Coquitlam can have a huge impact on community emission reductions.

The impacts of the climate crisis can already be felt locally; salmon have disappeared from Hoi Creek due to the longer, drier summer. And with Coquitlam aiming for major expansion and redevelopment, it is crucial that City Council place tackling the climate crisis as the number one priority for every decision the council makes. 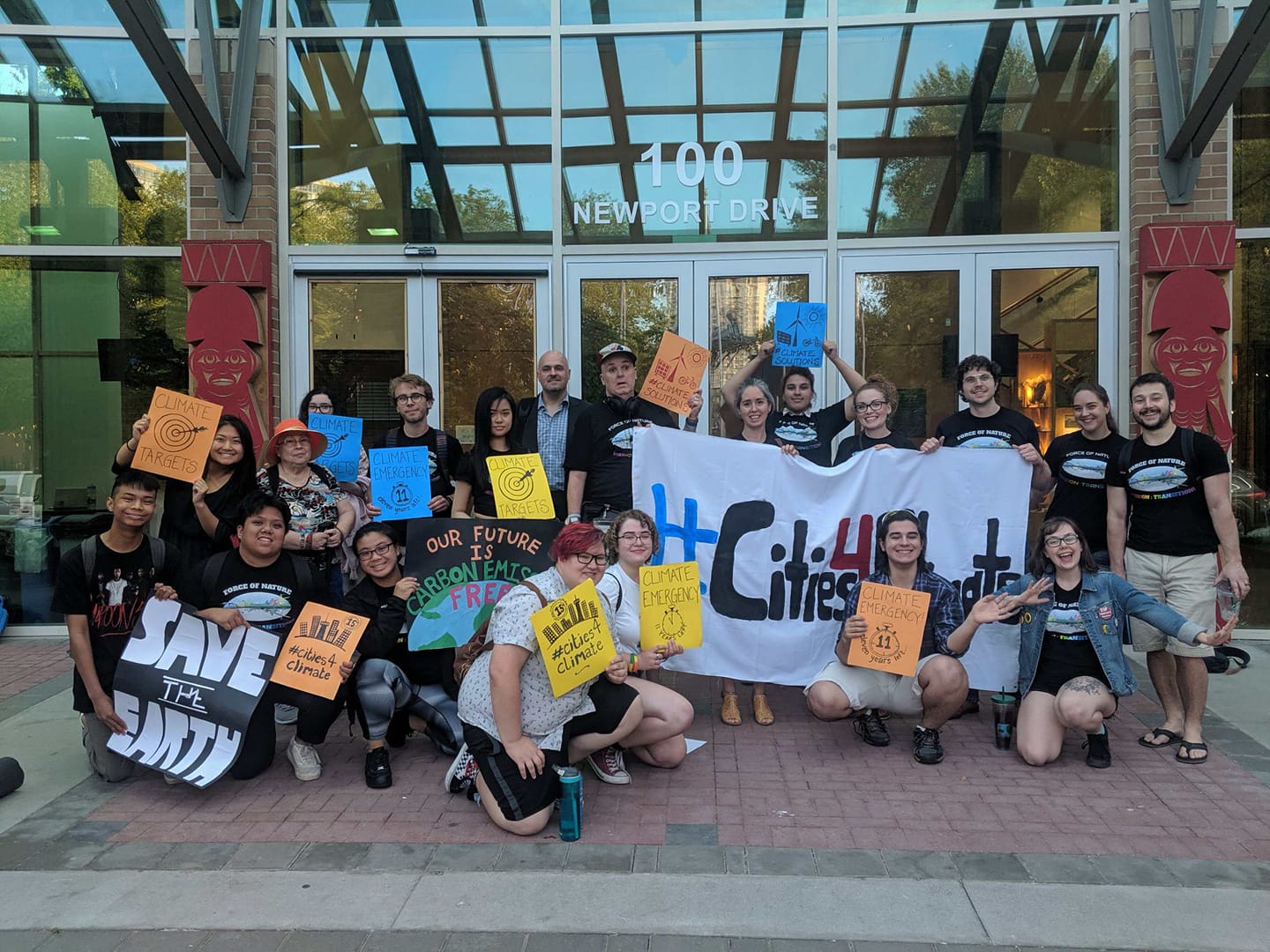 Therefore we’re calling on Coquitlam City Council to model the visionary leadership we need to attain deep and swift emissions reductions over the coming decade, by: