Putting a stop to the Enbridge Pipeline 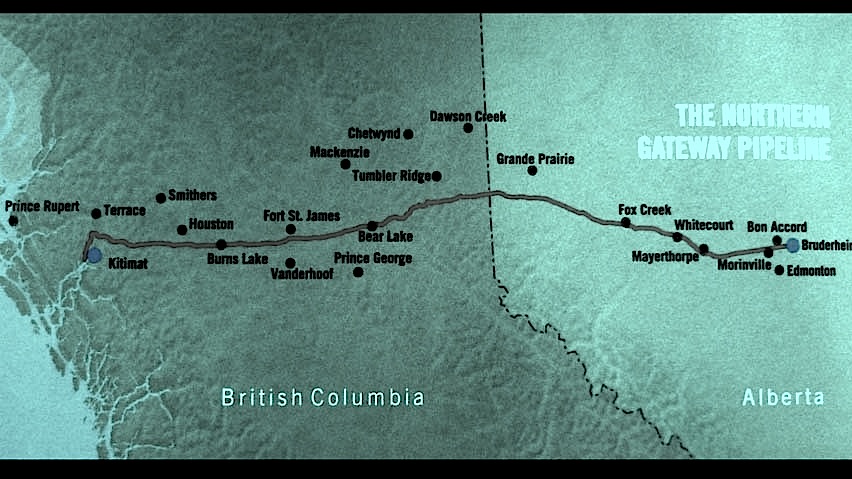 In 2006 Enbridge announced their plans to build the Northern Gateway pipeline. The proposed tar sands crude pipeline would carry over a half million barrels of oil a day from just outside of Edmonton, Alberta, to Kitimat on BC's north coast. From there, the oil would be loaded on to over 250 super tankers per year, and exported to markets in Asia.

This pipeline would put many of the things that make our province naturally beautiful and unique at risk. Near Prince George it crosses the headwaters of the Fraser, probably one the most important wild salmon rivers in the world. From there it heads west cutting through the Great Bear Rainforest, home to important populations of Grizzly and Kermode bears, that has only recently protected from over logging. It meets the coast in Kitimat where the oil then travels by tanker through Douglas Channel and Hecate Strait, these waters are prone to gales and storms. Just one spill anywhere along this route could change these places forever.

That is probably why this proposal has brought together a powerful coalition of opponents from all over British Columbia. First Nations, northern communities, environmentalists and everyday citizens came together to defend the coast and their communities from an oil spill.

The National Energy Board Joint Review Panel (JRP), which was created to review the project, turned into a rallying point for opponents. Over 2000 speakers came out to hearings to oppose the pipeline, only two of which spoke in favour of the project. Tens of thousands more wrote to the JRP to express their opposition, marched outside of hearings, or added their names to petitions against the proposed tankers and pipeline.

By the time the hearings ended, the movement to stop the pipeline had won over all three parties in the BC Legislature, the Union of BC Municipalities, and the New Democrat, Liberal, and Green federal Parties. The federal Conservative government, on the other hand, had launched an attack on pipeline opponents, branding them as radicals and launching politically motivated investigations of the finances of environmental groups.

Despite the overwhelming opposition the JRP recommend approval of the project in December of 2013, with 209 conditions attached. On June 17, 2014, the Federal Cabinet announced that it would accept those recommendations and issue permits for the project. This resulted in seven First Nations filing legal challenges to that decision, which has effectively stalled the project from moving forward.

Since then support for Enbridge pipeline has continued to erode, most notably with the election of a new government in Alberta that ran on a platform of opposing the project.

This fall's federal election is a key moment in the campaign against Enbridge. With the election of a new government with a more balanced approach to the energy sector we could finally see this risky proposal rejected.

The Liberals, NDP and Greens have all committed to stopping Enbridge if they are elected. Which is why we are supporting candidates this fall that are both committed to leadership on this issue and electable. However our work doesn't end on election day, we must be prepared to hold these officials accountable, to make sure they keep their promises and have their back when they do the right thing.

If you are ready to help make that change a reality join us by signing the pledge to use your vote to defend our coast.