We've seen a lot of canvassing do down in our years at Force of Nature, but this team has taken things to another level.

When Morag asked Force of Nature organizers Emily, Teagan, Shaunti and Jade to form a new community action team on Metro Vancouver's North Shore, she didn't know what she was in for!  Determined to capture the attention of as many future teammates as possible this creative and hilarious crew decided to paint their way to success, creating a series of climate-themed 'face-hole boards' with which passersby could take their photo as a iceberg-bound polar bear or a stressed-out Sasquatch. 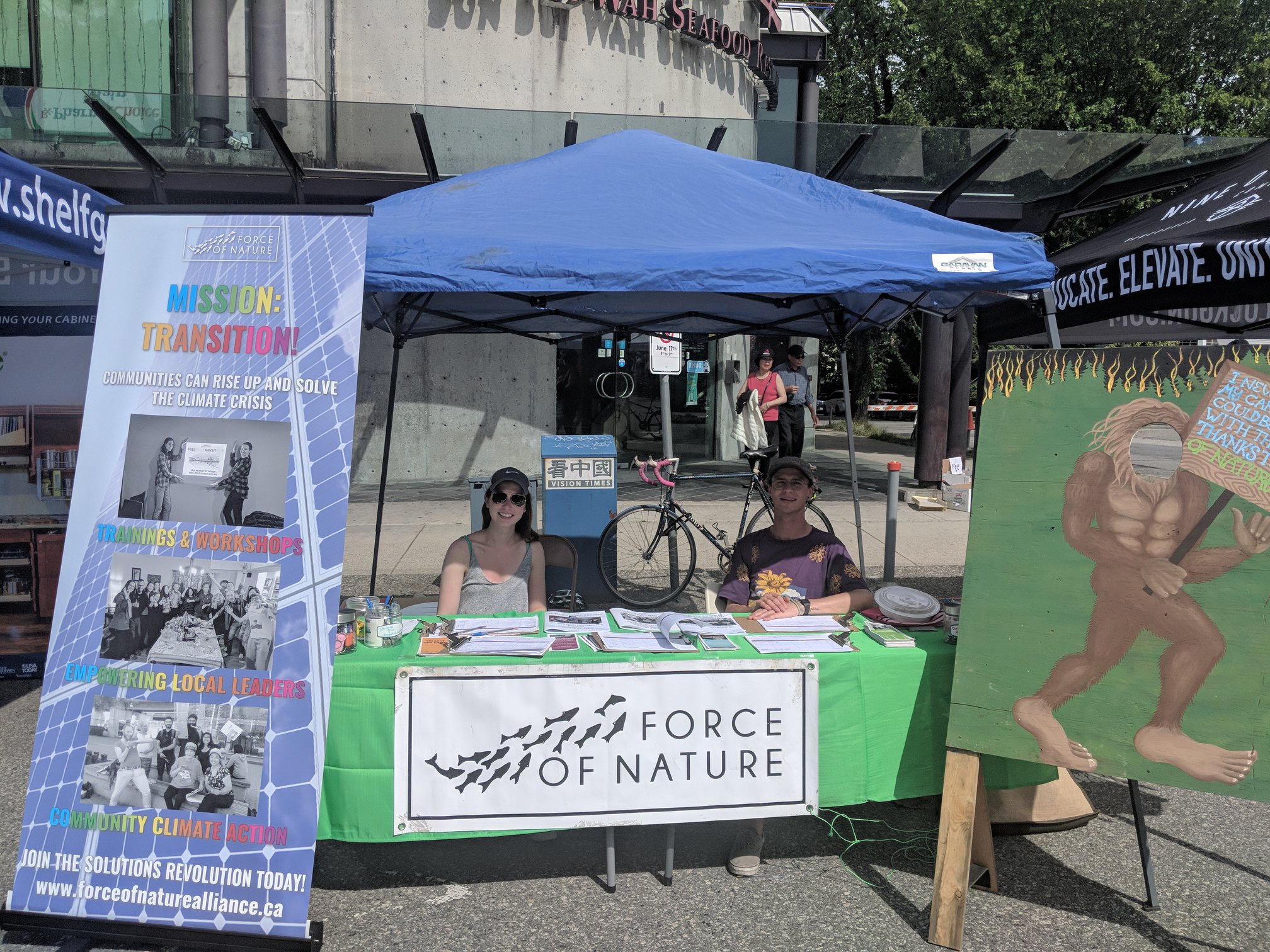 The results have been remarkable, and is not surprising that by the time this magnetic team was ready to launch their first community meeting, there were so many bodies squeezed into the room that people had to sit on tables and the floor!

Now the team has escalated a "creative captain" and is working on making more beautiful face-hole boards to share with their neighbouring community action teams around the region. We can't wait to watch this team take on the solutions revolution on the North Shore!