From April to December 2017, Force of Nature partnered with the Sierra Club of BC, the Western Canada Wilderness Committee, and the grassroots activists at Fight C to raise awareness about the devastating impacts of the Site C Dam, galvanize public opposition, and organize thousands of residents across Metro Vancouver to advocate the project's decisive and expedient end. 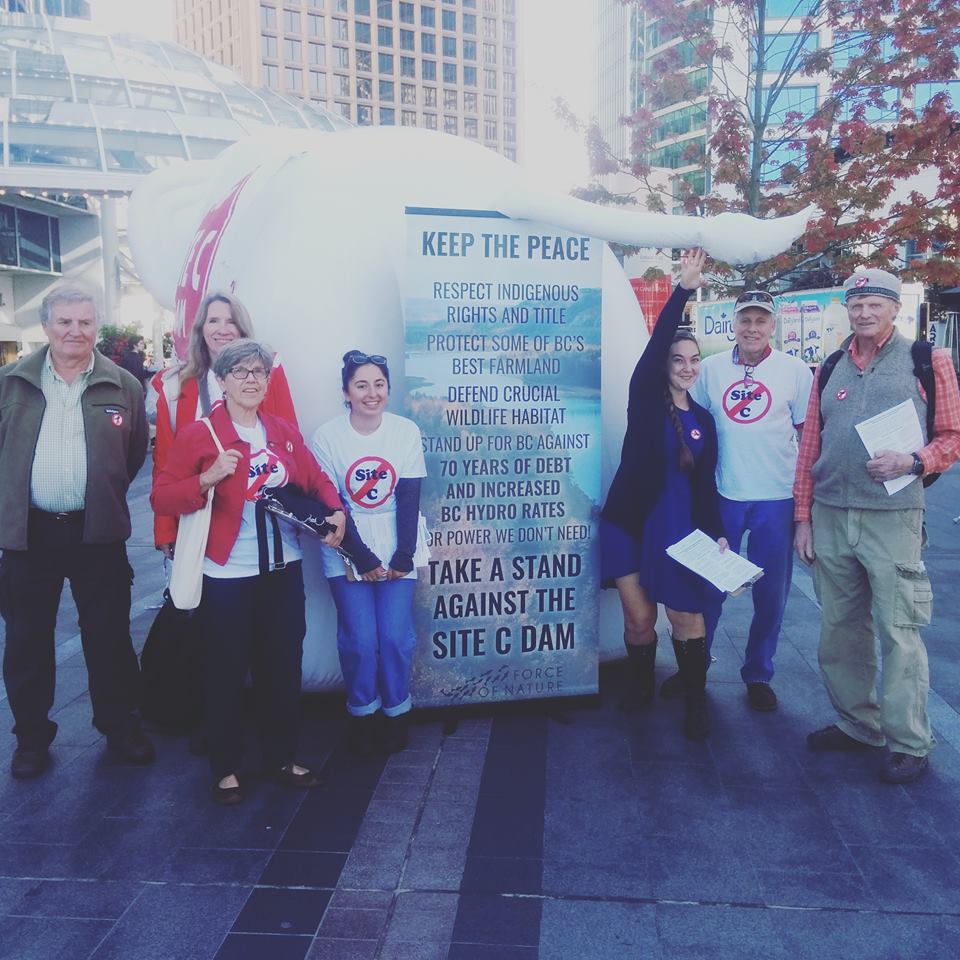 We organized a major rally against Site C at Vanier Park, turned out hundreds of concerned British Columbians to the BC Utilities Commission public input hearings, delivered three thousand petition postcards to the provincial government, and arranged countless meetings with our newly-elected MLAs.

Sadly, the provincial government announced it's decision to move forward with Site C in December of 2017.  If you want to join our allies as they continue to fight this devastating project, we urge you join the all-volunteer Fight C organization, and support the legal challenges of the West Moberly and Prophet River First Nations, whose court challenges represent that last legal line of defence against the Site C dam.