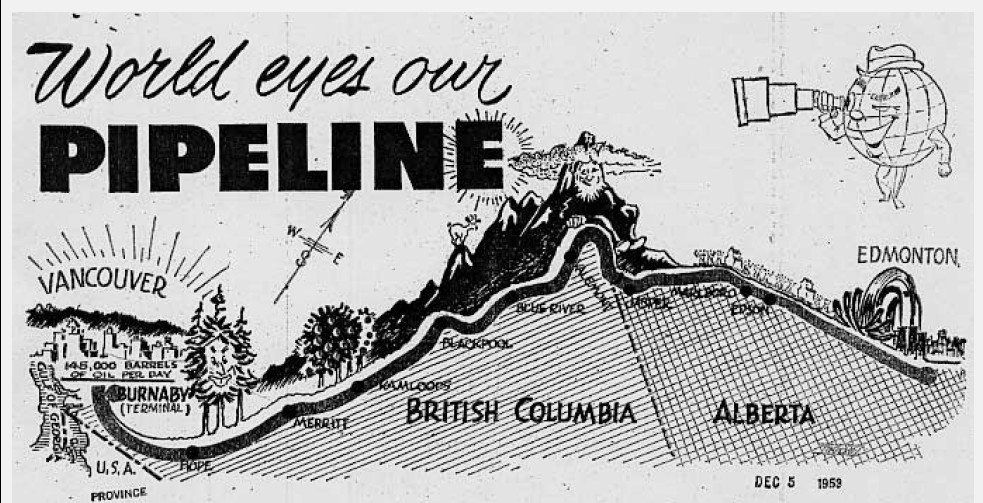 In 1953 the original Trans Mountain pipeline was built to bring conventional light crude oil from Alberta to the west coast for our local use.  It became owned by Terasen Gas which was bought out in 2005 by Kinder Morgan, who kept the pipeline and flipped the rest of the business to Fortis.

Kinder Morgan started off as Enron Liquid PipelinesLLP, a division of the infamous energy giant that was brought down by fraud and accounting irregularities.   Richard Kinder served as the president and COO of Enron until he left to form Kinder Morgan in 1990, before the Enron scandal came to light and many of its executives were indicted. Wall Street Journal once called Richard Kinder the "luckiest ex-Enron employee." 1

In April of 2013, Kinder Morgan announced that they would be applying to build a new pipeline from their Edmonton terminal to the Westridge Marine Terminal in North Burnaby. This new pipeline is triple the size of the existing one. When combined with the existing pipeline, this would allow Kinder Morgan to move 890,000 barrels of oil a day to our coast.

Unlike the original Trans Mountain pipeline, that was built to reduce BC's reliance on foreign oil, this new project is exclusively intended for exporting oil by tanker.  The new pipeline is also moving a new kind of oil, a form of tar sands crude known as dilbit or diluted bitumen.  This mixture of unrefined tar sands crude and condensate creates many new challenges in the case of an oil spill or accident. 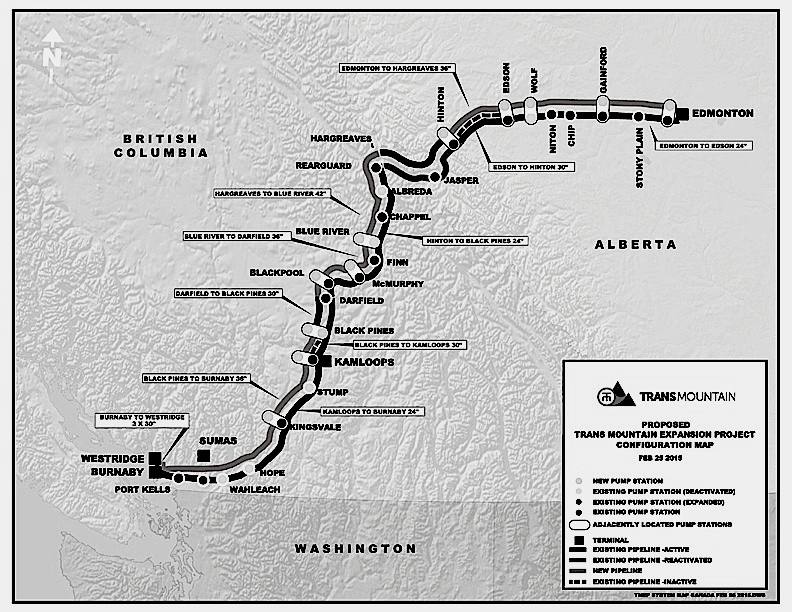 The existing pipeline starts in Edmonton and crosses through Kamloops, Hope, Chilliwack, Coquitlam, Burnaby, and many other towns, villages, and First Nations communities, terminating at the Westridge Marine Terminal and tank farm in North Burnaby.   It runs under Stoney Creek Community School and Lyndhurst Elementary in Burnaby.(2)  Below is a map with the new proposed routes through Coquitlam and Burnaby. 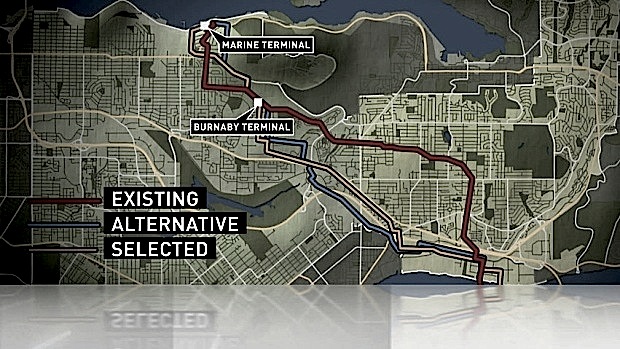 (For all you could ever need to know about Kinder Morgan, check out this great site from our friends at CRED BC)