If you’ve been following the incredible world-wide student strikes for climate action that took place last March, you’ve probably heard of teen activist Greta Thunberg, who has become an important beacon of hope for youth in a time of dire climate catastrophe by sparking international momentum for the strikes.  An equally inspiring hero to us here at Force of Nature is Rebecca Hamilton, one of our own community organizers who has played a leading role in the student strikes here in Vancouver.   An influential community organizer at only 16 years old, Rebecca is a real force to be reckoned with. 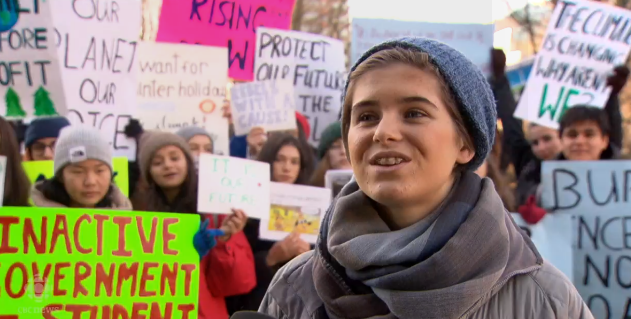 Rebecca at rally for climate action in Dec 2018. Photos courtesy of CBC news.

Rebecca’s journey started here, with Force of Nature.  Feelings of dread were beginning to overtake her life as she realized that the impending climate crisis would play a constant role in her future, but then she began asking herself, “what does it actually mean to do something to save your earth?”  She decided to accept a role on our “Moment of Power” team, organizing and facilitating climate solutions workshops all over the city, pitching in with outreach and voter mobilization, and quickly becoming one of our most active and influential volunteers.

“When I came to meetings., FON has such a great atmosphere and vibe, everyone is so friendly and it just really makes organizing fun and… it’s not just about battling this far off power, it’s about creating a more sustainable world with closer communities and the way people find meaning in it...

But she didn’t stop there: with Thunberg’s momentum and some local experience under her belt, Rebecca knew she had to mobilize other students to act. “There are a lot of teenagers [who] are given these conflicting messages.  We know that we are in a climate crisis scientifically, but there is no one around that's really doing anything about it. And so, I realized there are a lot of teenagers that felt like this and are overwhelmed by this idea of a crisis that we are moving towards."

Thus began Rebecca’s journey founding the Sustainabiliteens, a group of teen activists who are striking from their classrooms to force real action on climate change.  “By not going to school we are practicing urgency people need to see in all sectors of our world,” Rebecca asserts.  The ‘teens were influential in getting Vancouver City Council to adopt new climate targets in January, and organized a massive student protest on March 15th which was one of 2000 events held across 123 countries.

“Everything I learned through FON has helped me so much, I literally would not be able to do this if I hadn’t learned all these things through FON,” Rebecca goes on to say.  “I think action is hope, and action is what will take us out of this climate grief. By coming together with like-minded people, it gives people a sense of hope.”

Watching Rebecca’s special journey unfold has been an inspiration to everyone at Force of Nature, and we are very proud to have her on our team.  Force of Nature and the Sustainabiliteens are currently collaborating to advocate for the adoption of the IPCC-recommended climate targets in municipalities around the region. 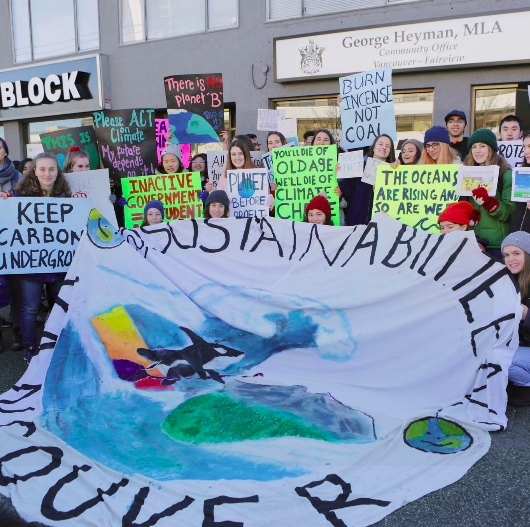