Organizing under a Liberal Majority: What can we expect? 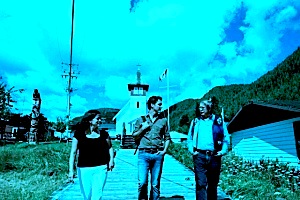 The record voter turnout and sweeping Liberal majority that characterized the October 19th Federal Election surprised many of us on election night.  While many of us actively working for a change in government were pleased to see our efforts come to fruition, very few of us had anticipated such a strong Liberal majority, the strength of the Conservative opposition, or the decimation of the NDP.

From a local perspective, the departure from traditional voting patterns was equally unexpected, and the candidate recommendations we made at Force of Nature reflect our lack of foresight on this issue: we simply never saw the red wave coming.  Liberal candidates unexpectedly defeated two out of six of our recommended candidates on voting day - a mixed blessing given the highly competitive and pro-pipeline Conservative candidates that were also defeated as a result of the unprecedented electoral shift.

Another surprise was the massive surge in voter turnout many believe was largely responsible for the red wave - a cross-country phenomena that was incredible and inspiring to witness.

So what, as organizers, can we expect moving forward in this new political climate?  Well firstly, the Liberal win means an end to the open hostility toward environmentalists by their government, and that, for the first time in nine years, we have a government that believes that climate change is real.

While can't understate how important this change is, it’s also important to note that the Liberal platform was thin on details when it came to the environment, and unlike the Green and NDP platforms, did not include any hard targets for reducing carbon emissions.  We therefore need to wait and see how deep the new government's commitment to real change is. The first real test will be the Paris climate talks that begin on November 30th, and we’ll all be watching to see what kind of plan the Canadian delegation presents.

And what can we expect from the new Liberal government as far as Kinder Morgan and other pipelines are concerned? Well first the good news: the Liberals have committed to bringing in legislated oil tanker ban on BC's north coast which should end any chance of the Enbridge pipeline getting built. They have also committed to bringing in a new environmental assessment process and may suspend the current assessments of the Kinder Morgan and Energy East pipelines while they rewrite these laws.

Now for the bad news: the Liberals will be under huge pressure to find some middle ground between the oil industry and the environmental movement and that likely means approving one of the two remaining pipeline proposals. And the really bad news is the most likely pipeline to get pushed through is Kinder Morgan. The other alternative, the Energy East pipelines has already run into stiff opposition from the Premiers of Ontario and Quebec, who are both close allies of Justin Trudeau.

So despite making big strides in the election we still have along way to go before we can truly say that out coast is free of oil tankers. Fortunately, Force of Nature and many dozens of other allied groups are committed to continue organizing within our communities to ensure we are ready to face this challenge when Kinder Morgan comes knocking at our door.

Ready to join your friends and neighbours in the fight to protect our province and our coast?  Keep watching this space in the next week as we roll out our plan for asking our Liberal MP’s to restore the Kinder Morgan NEB assessment and rewrite our environmental laws.