Last year we asked our constituents to vote for the most electable candidates in their riding who were likely to stop Enbridge, restore our environmental laws, and take climate change seriously.  We believed that if we elected a new government together and campaigned hard in the first hundred days following the election, we stood a good chance of stopping the Enbridge pipeline and establishing a new review process for Kinder Morgan.  Trudeau effectively put a stop to Enbridge by ordering a North Coast Tanker ban in the first few weeks of his term, and last Wednesday, exactly 100 days after the October 19th general election, Ministers Carr and McKenna announced a new review process for the Kinder Morgan Pipeline.

Today I wanted to look back at a few moments the Force of Nature volunteers and supporters were part of in the first hundred days after the election and say thank you and congratulations... because we can all be proud we played a part in this important campaign!

We started in November with a goal to send 1000 letters, e-mails and comment cards from our constituency to our Members of Parliament.  And we did it! 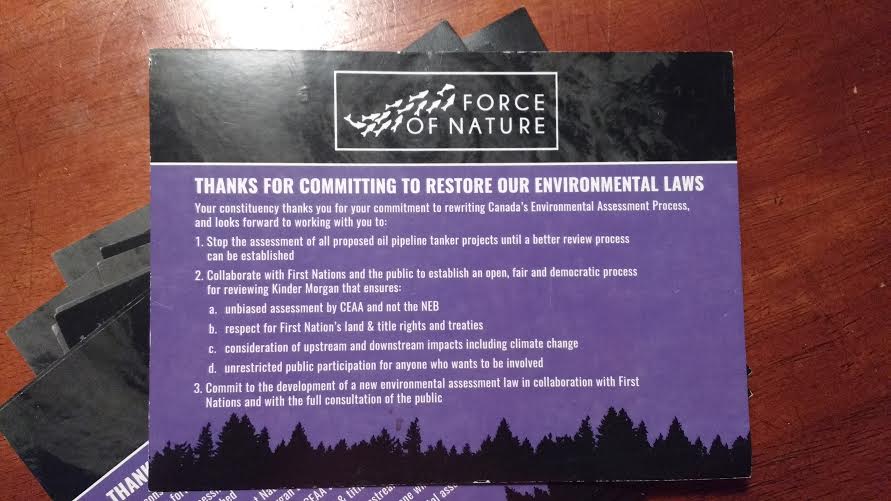 In December, a hundred odd people filled  Confederation Centre for our "Permits and Permission" town hall on Kinder Morgan. 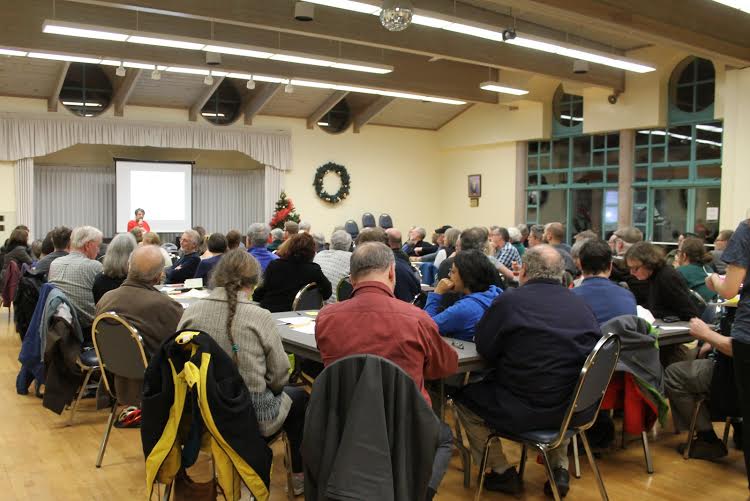 We helped organize this rally at the NEB hearings on January 23rd. 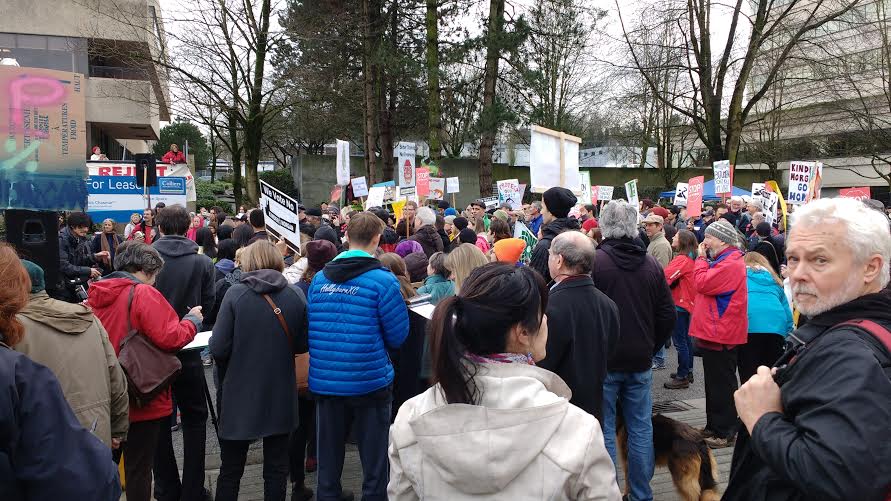 And Lorell and Taylor delivered over 6100 petition signatures to Terry Beech the day after Minister Carr and McKenna's announcement. 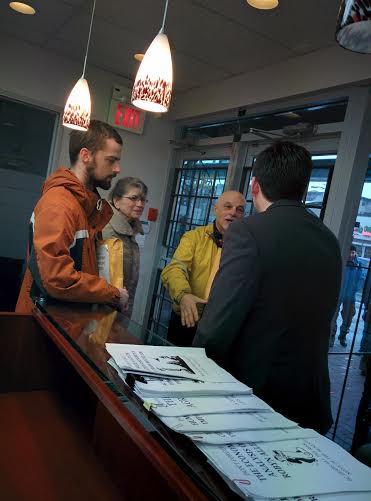 We're very proud of the powerful campaigning our community has done in the first hundred days of Liberal governance, and we're pleased our new government is keeping its promises on Enbridge and Kinder Morgan so far.  But this is just the beginning.

The ministers and our local reps here in the Lower Mainland have challenged us to hold them to high standards for a fair Kinder Morgan review, and we still have a long way to go if we want to stop this pipeline and facilitate the transition toward a clean energy economy.

So stay tuned for the next phase of our campaign.