As a small non profit, we often resort to out-of-the-box thinking to make up for scarce resources.  It’s how we hired our new office manager Orbit… she’s smart, she’s energetic, and she doesn’t mind if we pay her in tuna fish. 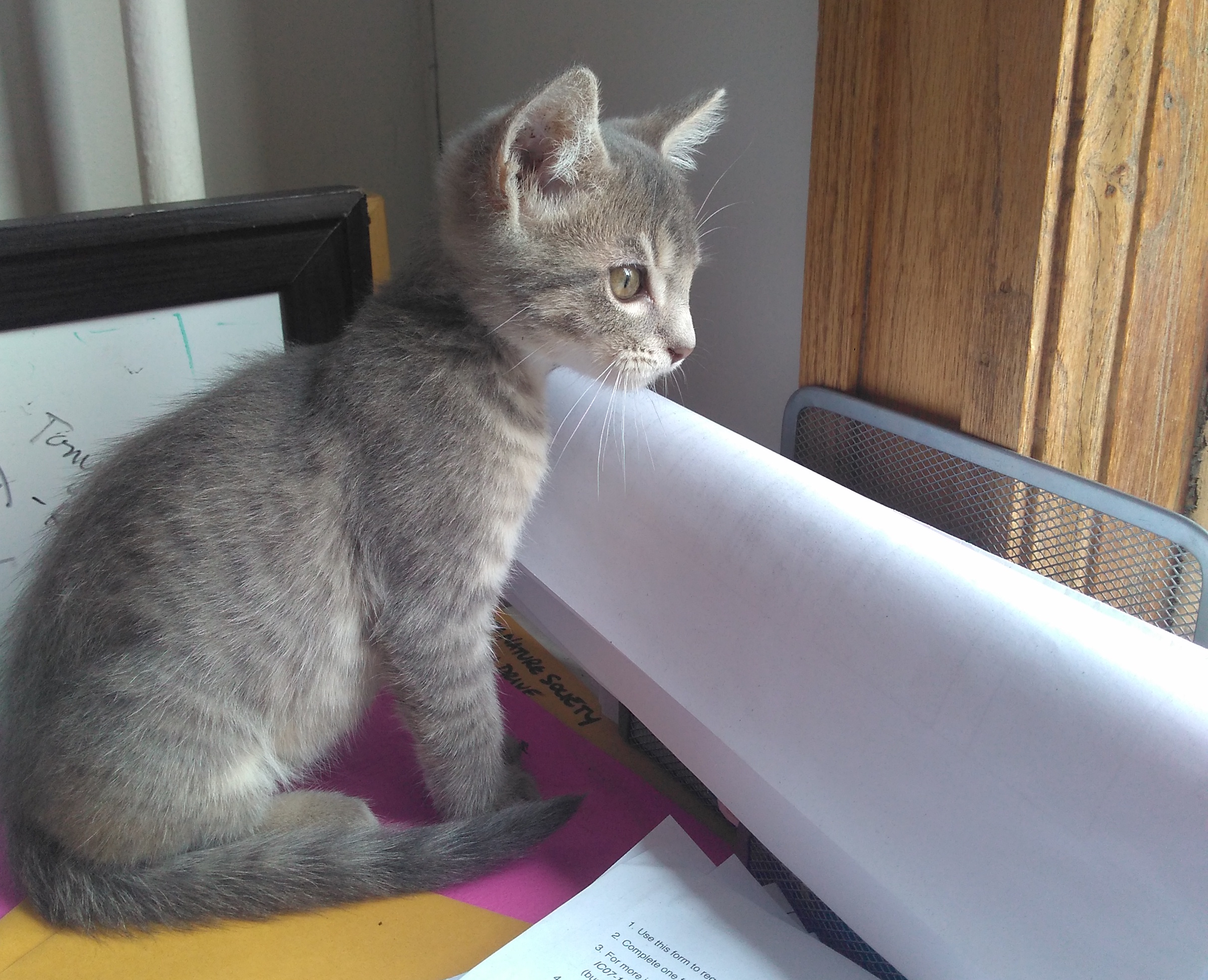 We can't afford to pay YOU in tuna fish, but we still need your help!  Can you volunteer with us to get out the vote in the municipal elections?

Orbit’s been really great at keeping the office tidy and welcoming volunteers.  But when it comes to the civic elections, she’s been feeling super bored.  There are dozens of candidates, she doesn’t know much about any of them, no one will know if she isn’t voting, and come on, do city politics really matter anyway? 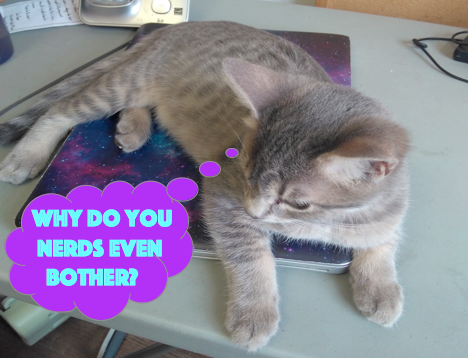 Orbit’s not alone… in fact she’s in the majority.  Voter turnout in civic elections is pretty much abysmal, and people and the planet are paying the price for that. 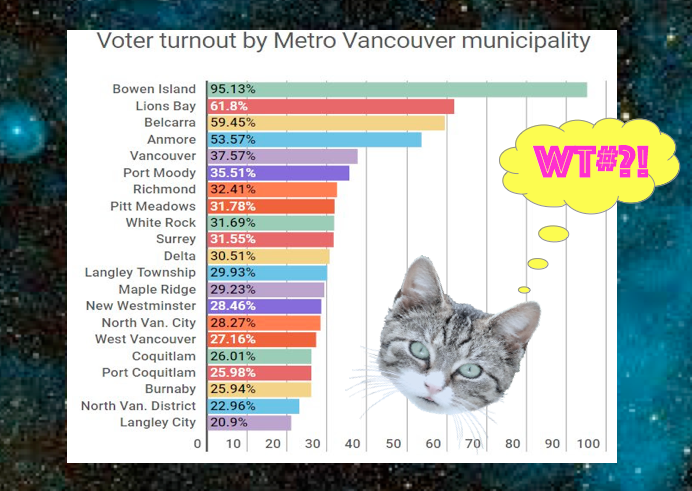 So last week, we sat down to have a little chat with Orbit and set the record straight.  Municipal elections are hella important, because cities get to make important land use decisions that seriously impact things like affordable housing, transportation, and whether they’ll allow a new cat cafe in Orbit’s neighbourhood.  Through smart, sustainable city planning, they also have the power to curb almost half of all greenhouse gas emissions and make a big impact on climate change, which will affect the quality of life of kittens around the planet for generations to come.

When Orbit learned that her favourite bird-hunting park was being sold off to developers to build a upscale dog biscuit bakery, that was the last straw.  With a few fashion forward changes to her wardrobe, Orbit the Climate Cat is ready to kick some GOTV b#!! with the Force of Nature crew. 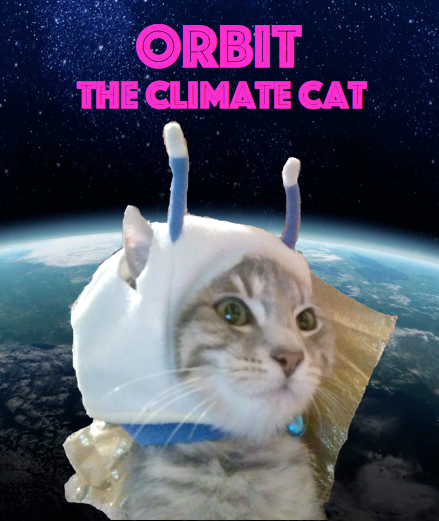 Orbit and her friends already started making our first of 25,000 phone calls to get out the vote around the Lower Mainland.  It's an ambitious goal, and we need you to make it the other 24,730 happen!  You can sign up here to volunteer, or chip in to donate to our CallHub infrastructure that's enabling volunteers around the Lower Mainland to make neighbour-to-neighbour get out the vote calls right from their living rooms and kitchen tables!

You can be a superhero too!

ps. We need laptops.  Got any spares?  Send us an email at [email protected] if you have a laptop or tablet to donate to us today.