Reflections on Pull Together 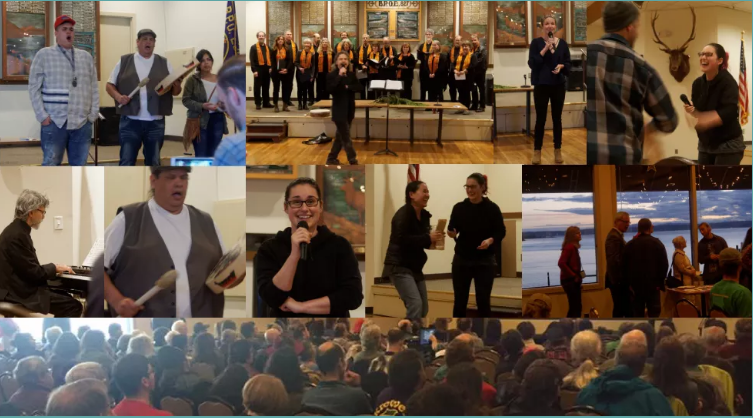 In December of 2016, I joined Force of Nature as part of the Pull Together team - a joint partnership with Sierra Club, Raven Trust and countless other participating groups, with the purpose of raising funds for the Coldwater, Squamish and Tsleil Waututh legal challenges to defend their land air water and right to consultation against the Kinder Morgan pipeline against the Kinder Morgan pipeline.

Standing in solidarity with these nations is a critical strategy for stopping Kinder Morgan, as these court cases could constitute the last legal line of defence in our endeavour to stop this pipeline proposal.  As Lower Mainland organizer, my job was to reach out to organizations, businesses and individuals around the region and support them in finding creative ways to fundraise for the cause.  But as it turned out, this work ended up connecting me with people around the globe - from visiting with First Nations allies south of the border, to supporting fundraising teams as far away as Montreal, to meeting with the Pacific Climate Warriors who had travelled to Vancouver all the way from the South Pacific.

In a few short months, our incredible network of organizations, nations, and individual activists hosted hundreds of diverse and creative local initiatives and events and raised over $442,000 dollars to support First Nations lawsuits against Kinder Morgan. That is almost half a million dollars!

But what is harder to quantify, the impact that is nearly impossible to fully capture- is the number of conversations about what the expansion of tar sands means to community, and create connections between movement leaders working against extractive industry impacting their territory.

This campaign, and the words spoken of climate change and tar sands expansion are in the words of recently passed and forever mourned Koreti Tiumalu “burned into my heart”. Koreti, a Samoan climate activist part of the Pacific Climate Warriors came to Canada with 350.org, and spoke at a Pull Together fundraiser after touring the Canadian tar sands- as her territory is directly impacted by climate change.

Koreti shared personal stories of the impacts of climate change on the Pacific islands today, including one that echoes through my soul regarding families on a low lying Pacific Island taking lengths of rope and tying themselves to one another to ensure that they are not blown away during a cyclone. “While there is a small window of opportunity that exists, we are not drowning- we are fighting.”

Hearing from Koreti and the Pacific Climate warriors reminded me that the work that we are doing in supporting the fight against Kinder Morgan is global in scale, and has direct local impacts on communities all over the world.

When facing off with the largest industrial project in the world, the stakeholders are from all around this beautiful planet.