On Tuesday, November 26th Coquitlam’s Sustainability and Environmental Advisory Committee passed a recommendation for Council to declare a climate emergency and adopt the Intergovernmental Panel on Climate Change’s (IPCC) recommended climate targets, which call for emissions to be reduced by 45% below 2010 levels by 2030 and to reach net-zero emissions by 2050. 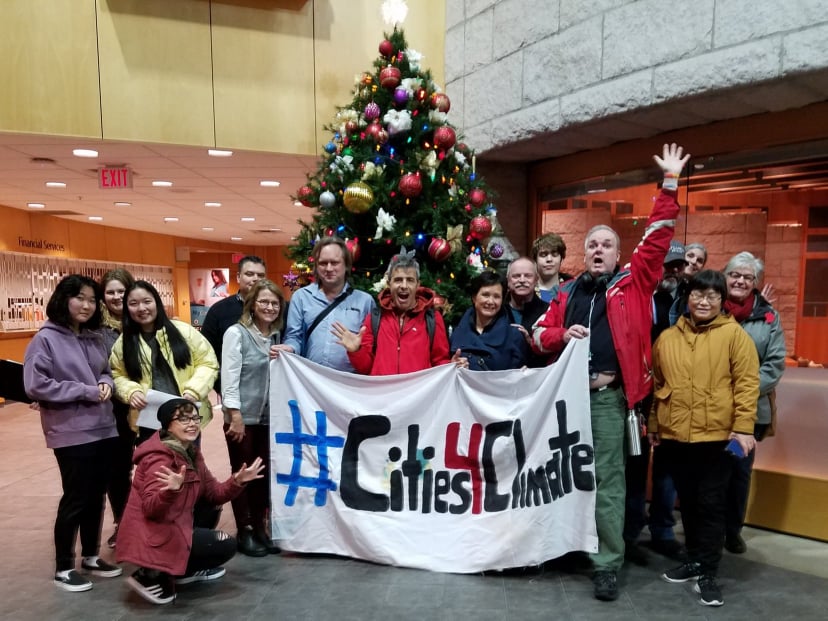 “This is a step towards being more sustainable in our city and I think that we will be able to take further action!” said Alina Shen, local school striker.

There was standing room only as the Environmental Advisory Committee passed the climate emergency and climate targets recommendation after a delegation of local residents with Force of Nature Alliance had presented a petition, signed by over 1000 residents, calling for Coquitlam to take strong action to tackle the climate crisis.

“City leaders don’t need to be afraid that bold climate action will be unpopular. They only need to look ahead 5 or 10 years when history will look upon their choices favourably,” declared Benjamin Perry, Force of Nature Alliance volunteer.

Adopting the IPCC climate targets would strengthen Coquitlam’s Environmental Sustainability Plan, which is due to be completed in late 2020, as it would give staff a goal around which to draft the plan. Residents look forward to cheering on Coquitlam City Council in adopting the IPCC climate targets when the recommendation comes forward to a vote at Council.

Read more on our Coquitlam Climate Targets campaign and how you can get involved, here.