With a growing population and a transition to electric-powered transit system ahead of us, the Lower Mainland's energy demand is increasing.  And when it comes to energy management in Canada, the provincial governments rule the roost.

We already have great clean energy policy in BC; over 90% percent of the energy currently generated in British Columbia already comes from renewable hydro-electricity, and there are many opportunities for us to develop new sources of energy via alternative sources such as wind, solar, tidal and geothermal.

Unfortunately, "we’ve limited the ability of BC Hydro to research, pilot or develop energy projects like solar, wind, biomass or geothermal. These small-scale renewable energy projects spread out the economic and employment benefits across BC, can have a lower impact on ecosystems, and are economically less risky than megaprojects." (Green Jobs BC)  While BC Hydro is currently moving forward with the environmentally disasterous Site C project, the province has only two wind farms and solar energy is being produced at the commercial or institutional scale in only one site.  http://www.energybc.ca/map/bcenergymap.html

We need to call upon the British Columbia government to create a renewable energy plan for the province that offers incentives and feed-in tarriffs - contracts to producers that are designed to speed up investment in clean energy technology. (Wikepedia)  This Pembina Institute Fact-Sheet explains how feed-in tariffs have "consistently demonstrated that they are, to date, the most effective mechanism to stimulate a rapid, sustained and diverse deployment of renewable energy."  Ontario's renewable energy plan was one of the first in North America to incorporate a feed-in tarrif structure that bolstered the use of wind turbines throughout the province.

Here in the Lower Mainland, investing in rooftop solar panels can help to unhook Lower Mainland homes from a power grid producing high emissions, but in addition to a large initial investment, extremely costly permits are currently required by many municipalities across the country.  Vancouver-based non-profit SPEC, has been working to create awareness around this issue and to pressure municipalities like the City of Vancouver to adopt an expedited permit process that would make home solar installations more affordable and accessible.

SPEC also says Vancouver’s requirements are the most expensive, longest and complex of any municipality in Canada.  Vancouver has suggested that they will consider some policy and fee structure changes, but the proposed changes don’t drop the costs much; they will still be at least three times higher than in the cities of Toronto and Calgary.  This is not an encouraging prospect for homeowners in what is already one of Canada’s least affordable cities. We need to put pressure on all our mayors and councils to make green energy more affordable and accessible throughout Lower Mainland Municipalities. 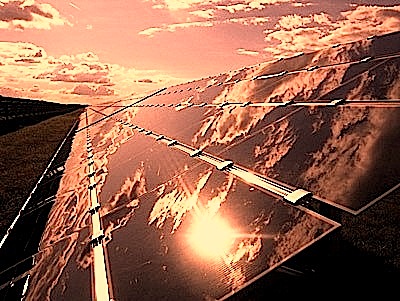