With just over 24 hour left till New Year’s resolution time, I’ve decided it’s time for me to take on one of my trickiest personal demons…

Ughhhh... just thinking about it makes me anxious… the consequences of not having done all the things, the overwhelm of having to deal with now, the fear about letting things go on like this another year, and… oh hey, looks like someone just posted another holiday teacup pig video on facebook! 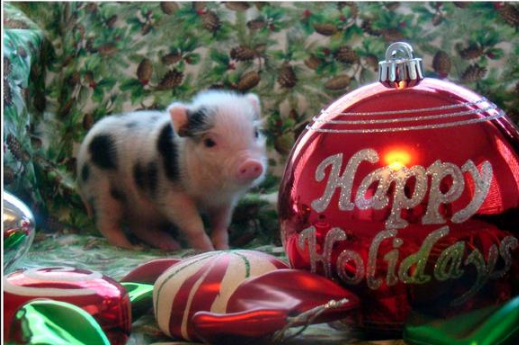 If any of this sounds even a little bit familiar to you, we only have to look at the world around us to know that none of us are alone in this struggle…. especially when it comes to addressing catastrophic climate change.  But no matter how many justifications our leaders put forth for continuing to approve massive industrial energy projects, the science has made it clear that we’re heading straight down a path toward a four degree warming scenario if business as usual persists.

So we’ve been thinking a lot about how to break that cycle around here, and on January 1st, we’ll be launching our new Mission: Transition! campaign with an innovative and groundbreaking pathway to catapult the Lower Mainland into a post carbon future.

Before we do that, we wanted to take a moment to thank all of you profusely for your incredible support over the last year, and say a big hooray to us all for all the incredible organizing we’ve done and the power we’ve built over the last three years.

We also want to let you know that Mission: Transition is going to represent a new chapter in Force of Nature’s journey, and it’s going to be bigger than anything we’ve ever attempted to take on.  With 35,000 supporters, and hundreds of members, donors and volunteers all over the Lower Mainland, we think we’re ready for it.  And if we’re wrong, we’ll just have to get ready, because the world can’t wait for this any longer.

We can’t promise you that the path ahead of us is going to beeasy, but catalyzing the transition to our post carbon future has the potential to be groundbreaking, breathtaking, surprising, hilarious, powerful, rewarding, and life changing.

The time is now and the moment of power is here.  We just have to stop procrastinating and decide to muddle through it together.