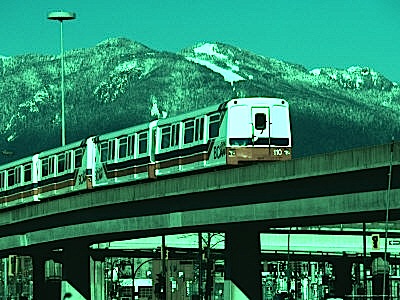 If we want people to get out of their cars we need to give them other options. Investment in mass transit is the best choices to make that a possibility.

Whether you live downtown or in a suburb access to transit can be the difference between being stuck in traffic and being able to choose how you get around. One of the great things about investment in transit is that it eases congestion making it easier for both drivers and transit riders to reach their destinations.

Here in the Lower Mainland we face some unique transportation challenges. The mountains and oceans that make this a spectacular place to live also create natural choke points like bridges. Combined with the foresighted decision not to build freeways into downtown Vancouver committed our region to building a strong public transit network.

The backbone of our modern mass transit system is SkyTrain which went into operation in 1985. However the history of mass transit in the Lower Mainland began almost 100 years earlier with the Inter Urban rail line which contacted communities as far away as Chilliwack.

Today's TransLink system faces challenges, most notably the lack of long term operational funding. There are also issues with lack of transparent governance, executive pay and recent controversy around a failed fair gate project. It is important to note that without exception these are all policies of the Provincial government.

The first step to addressing these challenges is by addressing the need for a stable source of funding. Followed by taking back control of Translink from the province whose failed attempts to make the public service operate more like the private sector have only eroded public support for the agency.

By addressing these challenges and choosing to invest in the services we can transform our region and our local economy into a place where both people and goods can get where they are going without sitting in traffic or spewing pollution into our atmosphere.