Better public transportation is one of the most critical opportunities for the Lower Mainland to reduce its carbon footprint.  Nearly 27% of Canada’s greenhouse gas emissions come from transportation, with 12% coming from cars and trucks, and its been estimated that here in Metro Vancouver, that ratio could be as high as 50%.  And because our region is growing so rapidly, we could be destined for even more sprawl, vehicle traffic and carbon pollution unless we proactively choose a different vision for our future.

A mayor's transit plan that called for more buses, rail transit, and HandiDART service throughout Metro Vancouver was voted down in the controversial transit plebiscite in 2014. Fortunately, thanks to $370 million dollars that was allocated to our region in this years Federal budget, improving public transportation in the Lower Mainland is back on the table.  But its important that we keep calling for more funding from the province and the feds to invest in this essential climate change solution.

We also need to make sure the money is spent right.  Increased regular and night bus service, while less popular than flashy new infrastructure projects, is one of the most fundamental and cost-effective measures for getting people to leave their cars at home, so we need to keep calling on our mayors for more busses now!

Its also important that we don't leave riders behind.  According to the HandiDART Riders Alliance, "HandyDART service hours have been frozen since 2009... trip denials went up over 600%.... riders [are] routinely forced to wait for hours... and in 2013, TransLink transferred 10,000 service hours from HandyDART buses to taxis, which endangers many riders."

For those that choose to continue to drive, there are many boosts and benefits to flipping to electric vehicles; in the Lower Mainland, a number of models are available and the range in pricing and features continues to expand. Most electric vehicle models can now drive 100 to 200 kilometres without plugging in. BC drivers can get a rebate of up to $6,000 for going electric and drivers can also benefit from the speedier HOV lanes they are now allowed to use passenger-free. But more incentives like these, as well as the installation of more charging stations across the region are necessary if we want to significantly speed up the transition to electric vehicles. 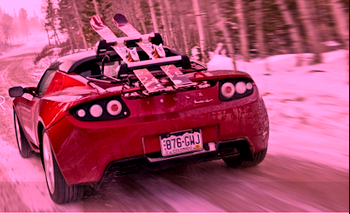