Victory: West Vancouver unanimously adopted the IPCC climate targets on March 9th, 2020. We also won our #StepItUpOnTheStepCode campaign as West Vancouver will implement Step 5 of the B.C. Building Step Code with a low-emission pathway. For more information check out our blog.

Seven municipalities across the Lower Mainland have officially adopted the IPCC climate targets, including the District of North Vancouver and the City of North Vancouver, committing to a carbon-free future. On September 27th, over 100,000 rallied in Vancouver with 700,000 people across Canada as part of the Global Climate Strike. The momentum for action to tackle the climate crisis is building…

On July 8th, Council chambers were packed as residents turned up to demand that Council include the IPCC targets in the declaration of climate emergency. Council responded to the passion of residents by beefing up their existing climate emergency declaration and directing staff to prepare a report to meet the IPCC Climate Targets: 45% reduction below 2010 levels by 2030, 65% by 2040 and 100% by 2050. 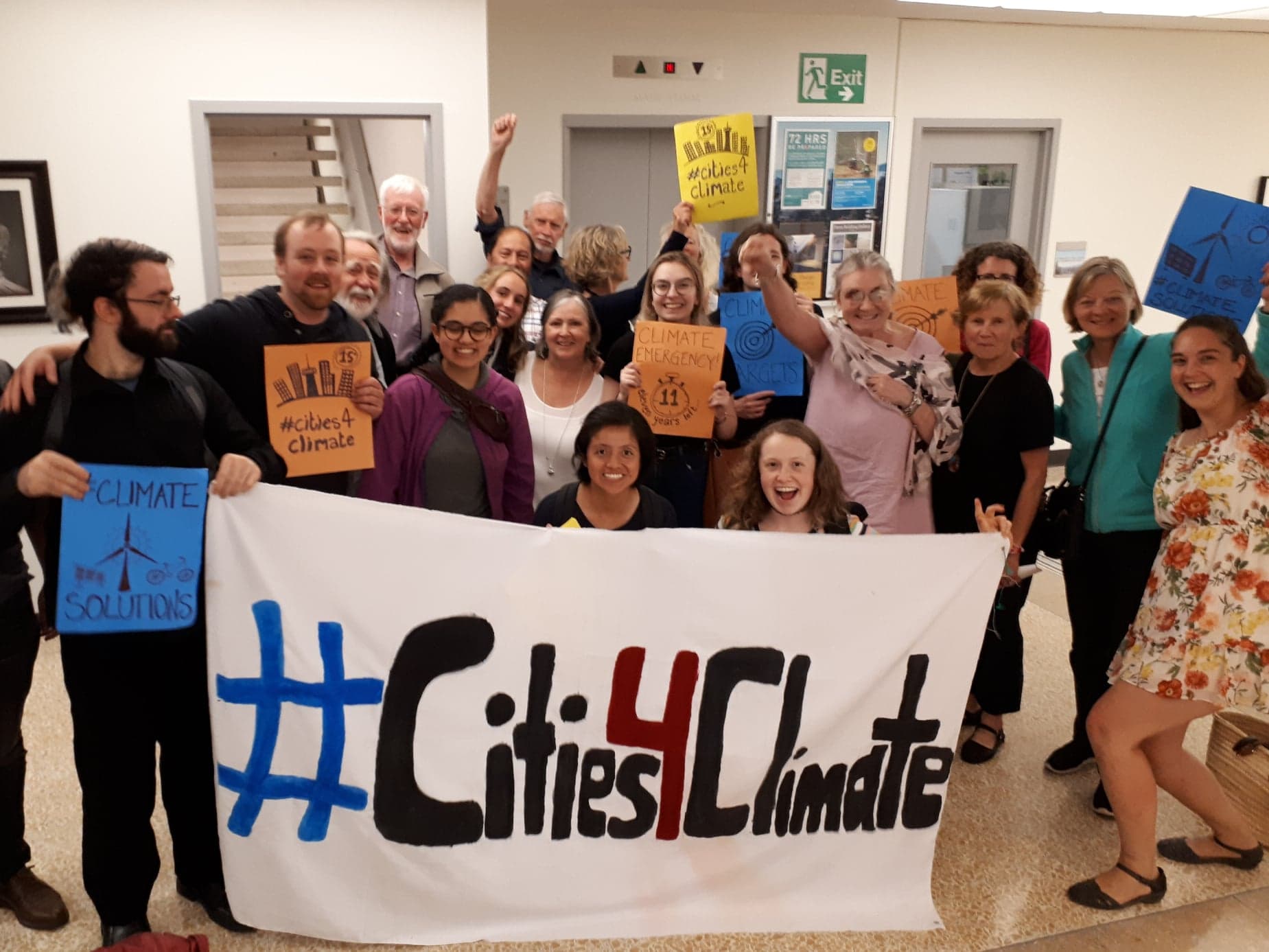 The Community emissions and Corporate emissions reports, with specific actions West Vancouver could take in order to meet the IPCC climate targets, came back on October 28th. The West Vancouver community turned out in support once again and spoke with passion, encouraging Council to approve both reports. Council approved the reports unanimously. Now, staff are bringing forward the bylaw updates for West Vancouver to officially adopt the IPCC climate targets on February 24th.

February 24th is the culmination of a year long campaign. And It is crucial that West Vancouver continues to be a leader on climate and backs up the climate emergency declaration with decisive action to reduce emissions. We will be continuing to build momentum for West Vancouver to formally adopt the IPCC climate targets as well as the policy updates!