Will pipelines determine the outcome of the election? 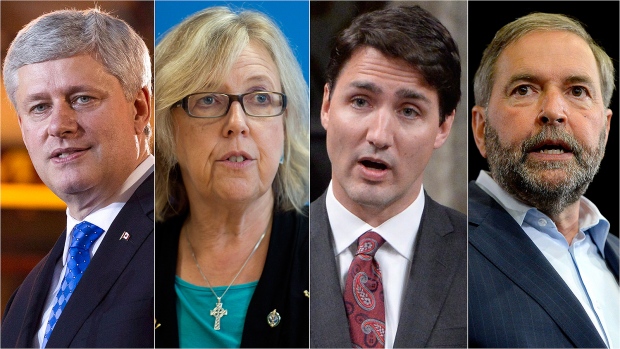 Will the pipeline issue determine the outcome of the election?

The truth is that a lot of issues will impact the outcome of the current federal campaign, like what should Canada’s response be to the growing refugee crisis, what is the best way for the federal government to assist families looking for childcare, and of course, what kind of governance do we need to sustain a strong and vibrant economy.  In reality, the pipeline issue is unlikely to single handedly determine the outcome of the election.  It is almost certain, however, that the election outcome will determine the fate of both of the Enbridge and Kinder Morgan pipelines.

We all know that current Conservative government has been a proponent of these and other pipeline proposals, even when science, economics and public opinion have not supported moving ahead with these projects.  In contrast to our outgoing government's pro-pipeline platform, all of our three major opposition parties are now committing to roll back the changes to our environmental assessment process, and bringing in strong rules that include increased public participation and a serious climate test.

This would mean an end to the National Energy Board's kangaroo court, and would set Kinder Morgan’s proposal back to square one to face a fair review process before it would be permitted to proceed.  But this is only possible if on October 19th we send MPs to Ottawa that will stand up for us and our coast.

Force of Nature has just launched a new section on our website complete with profiles of seven of the closest races in the Lower Mainland that include our suggestions on how best to use your vote to defend our coast.

Given the close nature of this election and what is on the line, we balanced two factors when making these calls: the positions and track records of the candidates, and their chances of getting elected in close races.  There are great candidates, with great environmental credentials standing in ridings all across our region, and over the coming weeks our outreach teams will be working hard to share our recommendations with supporters, and mobilize our neighbours to vote in communities where it matters the most.

For the latest polls and in-depth information about all the candidates in your riding, you can also check out the amazing election organizing resources put together by our friends at Dogwood Initiative and Leadnow.ca. Wherever your political affiliations lie, we just want to be sure that every voter who shares our concerns about pipelines and tankers gets to the polls because our coast might just depend on it.  We urge you to remember to vote in this election, and to take some time to encourage your friends and family to do the same.

Election day is October 19th but you don’t have to wait; advance polls will be open from noon to 8pm on October 9th, 10th, 11th and 12th.  So please check out our new election content and go to www.elections.ca to find a voting place near you.