What an incredible victory for the #climatesolutions movement!  On Wednesday January 16th, Councillor Christine Boyle put forth a motion to declare a climate emergency in Vancouver and get the city on track to going carbon neutral by the year 2050.  Our crew came out in full force to watch the motion pass unanimously, as Mayor Stewart and all present councillors from COPE, OneCity, Vancouver Green Party and NPA voted yes to bold climate action in the city!  Thank you Vancouver for killin' it for the climate last night! 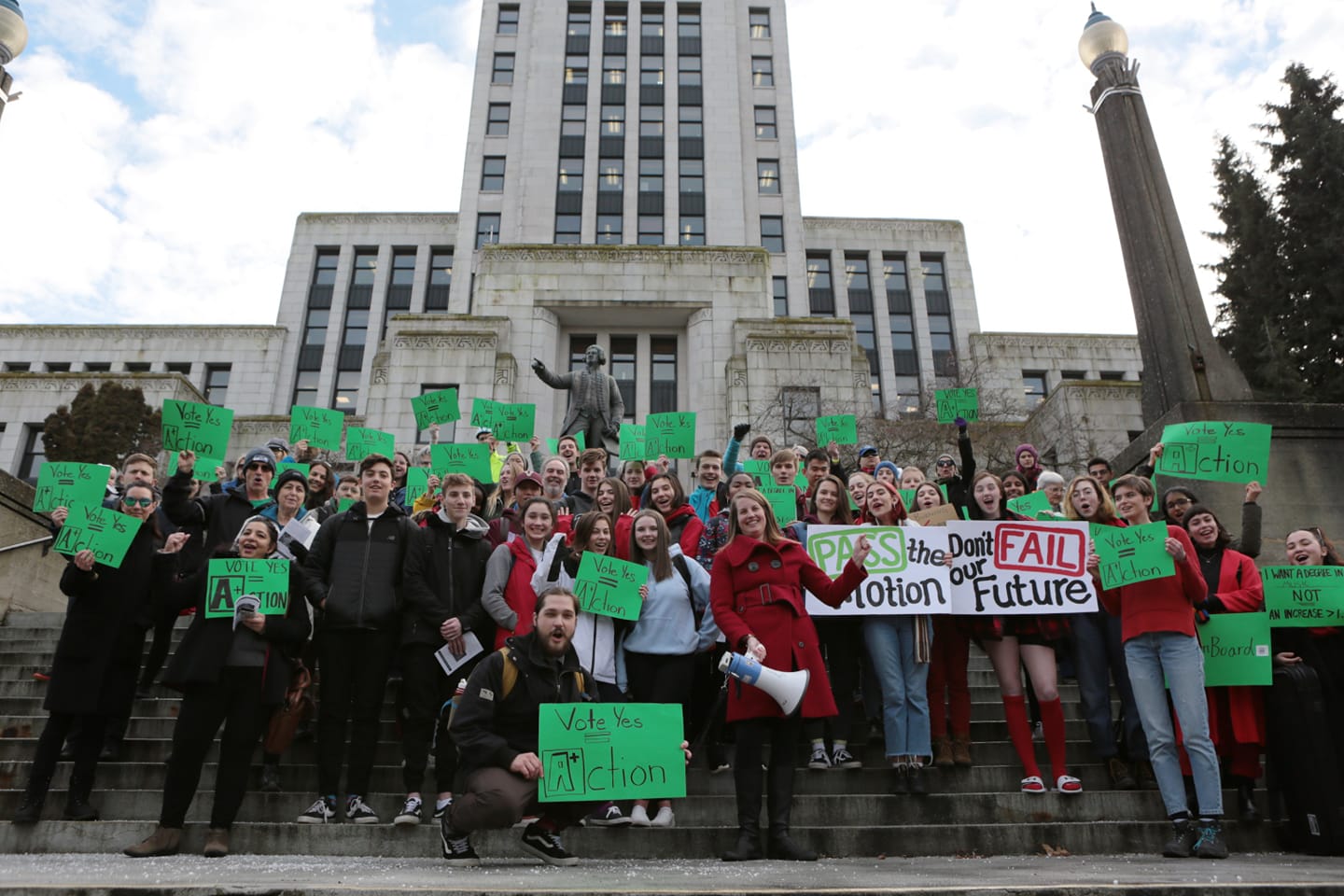 This isn't just important as a victory for Vancouver - it represents the toppling of the very first domino in a wave motions to get Lower Mainland cities to start taking assertive action to stop climate change.  If you were following our work during the municipal election, you know how long we've been building power for this moment, but even we didn't expect things to fall into place so fast!  Next stop: District of North Vancouver, where Councillor Matthew Bond will be bringing forth a similar motion on January 21st to get the District to commit to going carbon neutral by the year 2050.

Unfortunately, some of our other municipalities have been slower to take the lead, so we're amping up our efforts to give them the support they need to go all the way.  We're arranging meetings with local officials, organizing delegations, mobilizing local support, building banners and signs and strutting our stuff on social media so that the more reticent municipalities know that they're being watched.

The latest IPCC report says we have 12 years left to turn the climate crisis around.  If we keep the pressure on we can bring even more and more municipalities on board in the coming months and years - not just in committing to climate action, but in actually taking the urgent and meaningful steps to reduce GHGs, promote the adoption of sustainable technology, and increase the visibility and accessibility of high-impact, locally relevant climate solutions.